State regulators reached an agreement with the bail bond industry requiring it to end unseemly practices such as kickbacks to jail inmates for delivering customers, Commerce Commissioner Mike Rothman announced at a Wednesday news conference.

The agreement with 21 insurance companies that provide surety bonds to the state’s bail bond companies follows a three-year investigation in which company agents were found to be pressuring defendants and their families in courthouses and jails; paying kickbacks to unlicensed agents, including jail inmates; offering illegal rebates to customers, and creating a disruptive atmosphere in courthouses and jail administration areas. 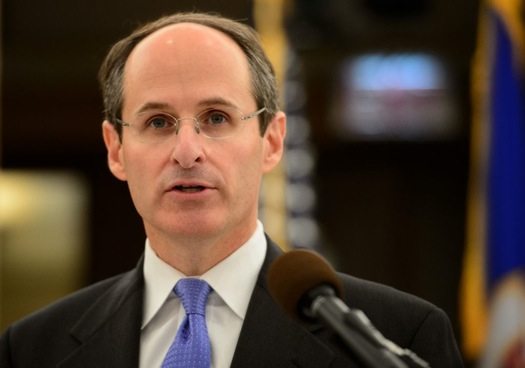 Defendants must post bail to be released while awaiting trial, which is a way for the court to ensure they will appear at the trial date. If they are unable to put up the cash, they will often hire a bail bond company to post a bond, which is a form of insurance that the defendant will appear in court when required. The defendant usually has to pay about 10 percent of the bail amount to the company for the service.

Dakota County Sheriff Tim Leslie recalled a swearing-in ceremony for officers at the building that houses the county jail and sheriff administration. Families arrived to watch loved ones earn the badge, only to have bail bond agents mistakenly assume they were families of defendants and solicit them for business.

“Too many people in the bail bond industry thought they were in the Wild West and the rules didn’t apply to them,” Rothman said. The Commerce Department oversees regulation of the industry because it’s a form of insurance.

In one instance, a female bonding agent was said to have dressed provocatively to attract clients.

Companies offered discounts, which don’t comply with the state’s regulated rate schedule. The fierce competition led to screaming matches between bail agents and other disruptions.

A Commerce Department spokesman said the investigation did not turn up police or other authorities accepting kickbacks for steering business to favored bail bond companies.

In the new agreement, called a consent decree, companies must charge the approved rates and follow strict procedures for documenting and handling the payments and collateral from customers. The insurance companies and bail bond companies are prohibited from soliciting business on court or jail property; paying a kickback to a jailer, police officer, judge or public employee, or paying a kickback to an inmate or other unlicensed person for bringing in customers.

The insurance companies will also have to audit their contracted bail bond companies and agents for compliance, audits that will then be released to the Commerce Department.