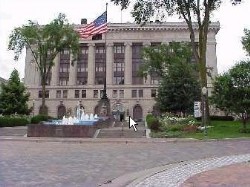 In July of 2013, Saint Louis County begins an intensive supervision program for pretrial defendants which proved to be successful.

This intensive supervision program after just nine months allowed more defendants to be released from custody while their case was pending, reduced the amount of jail beds utilized for pretrial defendants, had substantial cost savings as a result of reduced incarceration, allowed defendants to begin programming prior to sentencing and mitigated public safety concerns by utilizing intensive supervision and electronic monitoring options.

Saint Louis County showed how utilizing less restrictive options such as intensive supervision and electronic monitoring versus continuous incarceration of those defendants who haven’t been convicted of their offenses showed to have substantial cost savings and provided defendants with a more fair and just system that placed less emphasis on cash bail as a means to ensure public safety and ensure appearance for Court.